HOW TO GET MORE IPHONE APP REVIEWS

iPhone app reviews are absolutely vital for your App Store Optimization (ASO) to get some cool reviews on your apps. It's especially helpful to get your first five reviews within 24 hours to give your new app a good head start in the charts. (We all want to get into the top charts right?)

Think about it, if you see an app with lots of five star ratings or an app with none, which one are you more likely to download?

Also it's commonly accepted (but never really admitted to by Apple) that having more ratings is factored into their app store ranking algorithm, giving apps with lots of good ratings a boost and apps with no ratings or poor ratings no boost or even a disadvantage in the charts.

(There are many other speculated factors in Apple's App Store algorithm such as session length (how long some one uses your app or game) how often they open boot the app up and time the app is left on the device - eg not deleted.

As an example if you were to download a friends app, give it a rating but never open the app. It's likely the rating will not show up in the store, similarly if the app is downloaded, rated and deleted straight away, the same is likely to apply.

So how are you going to get those all important reviews?

WAYS OF GETTING IPHONE APP REVIEWS:

There are actually quite a few ways to garner some nice shiny iPhone app reviews. I will explain below most methods some are not so recommended, and I will explain why. At the end of the day it's your app business and your choice on how you want to run things. Just know the risks ;-).

Nice and simple this one. Just ask friends and family to rate your apps 4/5 star reviews and give a nice written review. Mixing it up with 4 or 5 star reviews helps it look more natural than all 5 stars to Apple.

In the beginning asking friends and family for iPhone app reviews is great but that can get tiresome after a while if you make many apps, the shine will soon wear off for your friends and family if they have to rate a ton of your games all the time!

There are plenty of Facebook groups set up specially for developers to swap iPhone app reviews. It's kind of like a 'you scratch my back I'll scratch yours' type of thing. This method can work well.

3. ASK FOR REVIEWS FROM WITHIN YOUR GAME

This is an awesome way to get more iPhone app reviews. Simply ask your users to rate your game via a pop-up message actually in the game or app. iRate it an awesome piece of code I use in a lot of my apps and it's free! Install (or get your developer to do it) in your app to rocket your reviews.

When using iRate don't ask a user to review the game before they have had a chance to actually play it. I see a lot of apps show the message on game boot up. This makes no sense as you are far more likely to get a bad review if someone has not had a chance to actually play the game or app and you are nagging them already. It's far better to show the rate pop-up on say every 5 or 10 game overs, or visits to the main menu.

For completeness I need to mention paid iPhone app reviews. Even though I do not recommend it. Apart from being against Apple's Developer Agreement, Apple can often spot you have done this and either remove the reviews or ban your entire developer account. For example you may be tempted by one of the very many Fiverr gigs who will rate your apps. This might sound like a great idea, until Apple decide to track a particular Fiverr seller, flag their username as 'review spammer' and contact you because your apps are reviewed by the 'spammer'. Not fun.

There are even more unscrupulous methods by paying for 'review bots'. I would avoid them too. 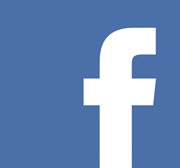 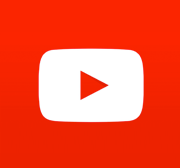 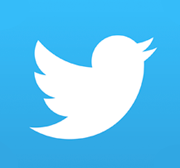